Dog story quotes and a free chapter from 'Hunting for Heart' will provide you a look inside the book. At the bottom of this page are the links. 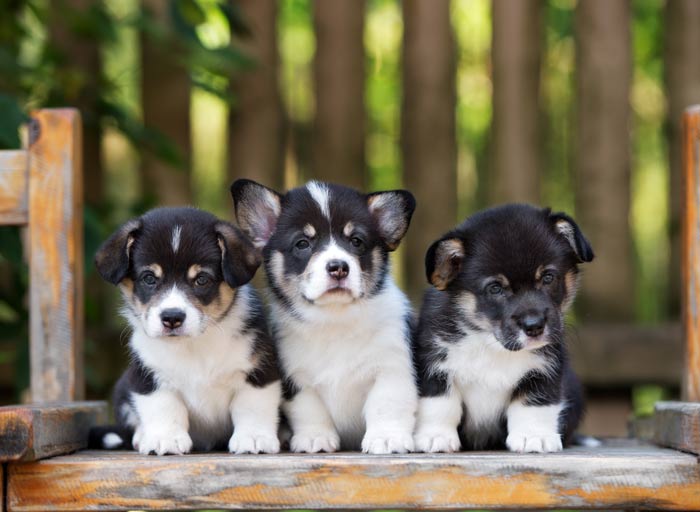 Besides the fact that I enjoy writing, what prompted me to go to all the time, effort and expense to independently produce 'Hunting for Heart?'

- First, a long-time love of dogs - something you and I most likely have in common.

- Second, a life-changing journey of unexpected insights that upended most of what I thought I knew about dogs.

- Third, because of the heartbreak of becoming aware that my well-intentioned use of conventional training - even the 'kinder-gentler' methods - had resulted in suffering for all the dogs who had thus far been under my care.

- Fourth, the desire to share this story in the hope that it will inspire you toward a new way of seeing dogs. Were that to happen, it will benefit both you and your canine companions (and likely your human relationships as well).

- Last, but not least, as a 'thank you' to Kevin Behan, who developed Natural Dog Training and has been my teacher since 1998. 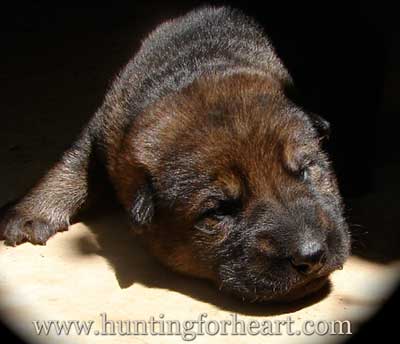 PHOTO ABOVE: 'Inside every grown dog is a new puppy, pure of heart.' Photo credit - Constance Krebs Spartanville Shepherds.

How will YOUR dog's story unfold?

How you can help your sweet, open, innocent puppy retain that same irresistible appeal once mature? Is it possible to keep their naturally loving and cooperative nature intact, fostering temperament strength and stability?

Is it possible to restore such emotional openness in a mature dog? Generally, training methods used in rehabiltation fail to get to the depth needed to truly achieve this.

Usually, as a dog grows up, undesireable behaviors appear. How is it that the baby pup that stole your heart can change so drastically as they approach adulthood?

The precious bond that you felt early on may get buried in conflict over budding behavior problems.

If you and your pup got beyond the housebreaking stage without too much trouble, maybe you are now dealing with what appears to be the start of dominance and aggression. You may see some avoidance behaviors - backing off, running in circles around people but staying out of reach, etc.

By four to six months of age (or even younger), your beloved companion can leave you wondering at times WHY you thought you wanted to raise a puppy.

Maybe your little darling is now honing in on your ankles, growling or biting your arms. At the very least, you may find them incessantly jumping on you and other people.

Also, issues such as not coming when called often begin during your pup's adolescence. Why does the pup that so agreeably followed you everywhere, now want to go further away - and resists returning when you call?

What if Your Puppy is Destructive?

Your possessions may be in danger, too.

You are not happy to find the couch cushion ripped apart, or reams of toilet paper dragged to all parts of the house (though you might find some humor in the latter).

'Counter-surfing,' - jumping up to steal food off the kitchen counter or table  -  is hard to stop once a dog has started.

Years ago, my family adopted a rescue Beagle. He was young, healthy and gorgeous; black and reddish tan with snow white chest, paws and blaze on his forehead - and big, sweet eyes outlined in black.

We learned we had a problem one morning at breakfast time. Freshly scrambled eggs on all our plates, we were just about to sit down to eat when a contractor showed up to discuss a project. We all went outside to talk with him.

When we came back, all the dishes were spotless - eggs all gone! The culprit was sitting on one of the dining room chairs, looking most satisfied!

All the above problems, and more, are common in mature rescue dogs as well. My years of volunteer work at High-Tor Animal Care Center (a shelter) in Pomona, New York, proved that beyond a doubt.

Rescue dogs more often than not, have suffered poor upbringing - commonly by owners with the very best intentions. With all the new ideas on 'training,' methods that don't make sense, even lovingly applied, far too often stunt the emotional health of a pup. The resulting behavior problems are the main reason dogs are given away to shelters and rescue groups. The former owners may now be terrified because the dog/puppy is biting, growling and/or destroying property - so off to the pet shelter they go.

Those who take on a rescue dog are often surprised when their new companion is found to panic under seemingly benign circumstances, has a habit of running away, or has an aggression problem with dogs or humans.

All these problems are almost always the result of applying training that does not foster the legendary capacity for cooperation for which dogs are known.

Another factor is the human emotional environment in which a dog lives. Like children, dogs reflect the hidden agendas of the people they live with. This became apparent to me as I endeavored to raise a puppy for the first time with Kevin Behan as my teacher.

When any pup is raised in harmony with their true nature, that is a rescue dog story.

When an emotionally damaged dog is healed in a way that nurtures the deepest part of them, that is also a rescue dog story.

Every dog who grows up emotionally whole, or whose wholeness is restored - has been rescued from suffering! Therefore, whether adopted from a shelter or a breeder, every dog or pup needs to be 'rescued' from training practices that compromise their emotional and physical health.

Rediscovering our primordial bond with dogs brings us back to the essence of a mutually rewarding relationship with our beloved companions. Not only that, enhanced emotional health of both our companions AND us begets improved physical health as well!

That is why 'Hunting for Heart' was written. You may just see yourself and your dog in this story of recovering the essence of the bond that has been there from the beginning.

Here are some dog story quotes and chapter to give you a look inside 'Hunting for Heart.'

Some Excerpts from 'Hunting for Heart'